So, if you find yourself stuck on a major project, these simple tips will help you overcome writer’s block (or artist’s block, in this case) and rediscover your creativity!


Yeah, you heard me. Just stop whatever you’re doing and go do something else. This will give your brain a break from you forcing it into overtime. After your little break, you’ll be much more capable of tapping into your creative juices and jumping over that artistic hurdle.

The problem with writer’s block is that you eventually run out of creativity. One of the best ways to revive your creativity is to reshape it and give it a new purpose. Maya Angelou writes, “What I try to do is write.
I may write for two weeks ‘the cat sat on the mat, that is that, not a rat.’ And it might be just the most boring and awful stuff. But I try.
When I’m writing, I write. And then it’s as if the muse is convinced that I’m serious and says, ‘Okay. Okay. I’ll come.’” The same goes for 3D art. If you’re stuck on something, just pour your creativity into another project. Eventually, something will spark in your mind and you’ll figure out what to do.

This is one of my personal favorites. Whenever I’m doing the artistic equivalent of banging my head against the wall, I like to talk about the problems to a friend.
Most of the time I find that by explaining the problem, I figure out what it is that I’ve been doing wrong. There’s just something about putting your problem into words that forces you to think about it from a new perspective.


4. Throw Ideas on the Backburner

One common problem among creative types (I suffer from this a lot) is that we come up with so many ideas that we can’t figure out which one we like the most. I like idea A, but idea B is just so cool and idea C would be a blast to work on. Which do I choose!? Personally, I like to choose all of them.
My strategy is to pick the most appropriate idea (even if it isn’t my favorite idea), and then jot down all of my other ideas to save them for later. Then, when another project comes up, I’ll have a huge list of ideas that have been slowly stewing in the back of my mind.

Perfectionism leads to writer’s block. The harder you are on yourself, the longer it will take you to find that perfect idea.
Doing something fun and exciting can help you overcome excessive perfectionism. It’s hard to stress over little details after you’ve gone on a relaxing walk, chatted with your special someone over the phone, played with your pooch, or indulged yourself with a slice of your favorite desert. Relax, don’t sweat the small stuff, and remember that creating 3D art is supposed to be fun!
Itulah  5 Cara Mengatasi Writer's Block (Ngeblank Saat Mau Nulis). Selamat mencoba! Slamet aja mau nyoba kok :)
ADS HERE !!! 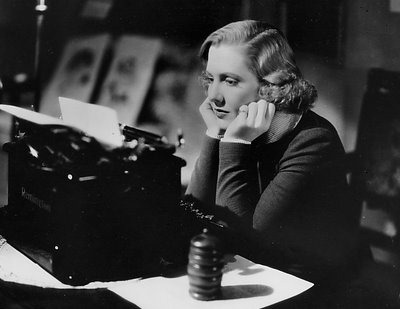